The little boy loses a chess game during the program and runs to hug his mother.

admin 3 недели ago It is interesting, News, Uncategorized, Video Leave a comment 8 Views

Every day children surprise us more with the skills that they can acquire with such a short time of life. After meeting little Bella, a 4-year-old girl capable of speaking seven languages fluently, and Evan, a little boy of the same age, a piano prodigy; now comes Mikhail Osipov, a real chess ace. This Russian boy, only 3 years old, aspires to be a great chess player, as he has shown in a talent contest held in Moscow, where he has faced none other than the great master and champion of the world in the 70s, 80s and 90s, Anatoli Kárpov. 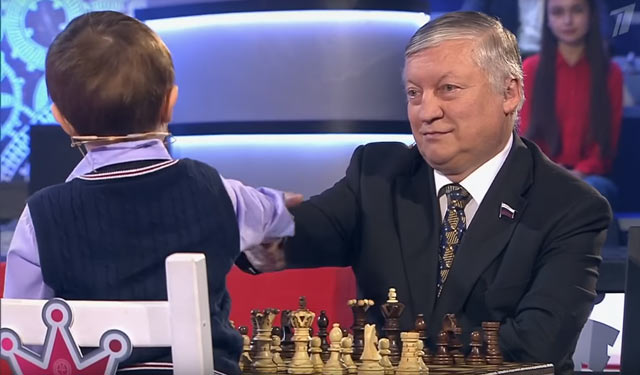 However, if Mikhail Osipov has become a famous phenomenon, it has not been because of his talent playing chess, but because of the endearing reaction he has had after losing the departure. During the game, Anatoli Kárpov proposed to draw twice, but Mikhail rejected it. Finally, the little one runs out of time. His defeat doesn’t sit well with him and he can’t help but pout and run to hug his mother. 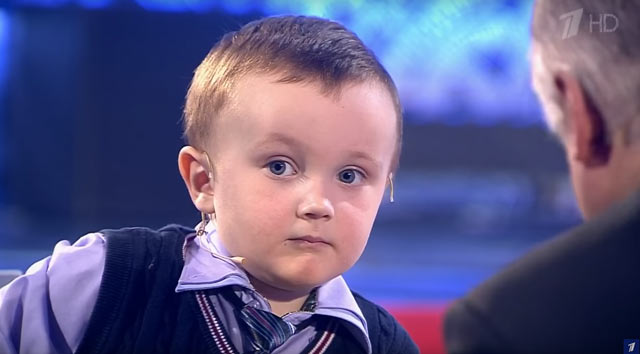 But he did not leave empty-handed, he took a medal from the program and the praise of the former world champion. “She’s looking at his opponent like I was, trying to understand with her eyes what’s going through his mind,” Karpov says during the game. In addition, Kárpov has assured that he had never had such a small opponent; and he defined the level of the child of only 3 years as “unmatched” for his age. Don’t you think it’s most endearing? That at that age he has enough skill to play chess the way he does, but at the same time has the innocence of a child to cry after losing to one of the best players in the world, it’s adorable!

Previous The young people dedicated the song to one of the famous singers who will forever remain in history
Next 28 years ago, this scene from Dirty Dancing fell in love with the entire planet