Speleologist climbed into a gap under the ground the size of two fists.

The caver set the camera to shooting mode and approached the hole in the ground. Its dimensions barely exceeded two fists of a large man, and the audience hardly expected how events would develop. After all, the man, without any hesitation, lowered his legs into the gap and began to make his way down through the hole, continuing to shoot everything on video. Ethan has been caving for four years now.

The man clarifies that this is not his main job, but he is being trained for search operations in caves. 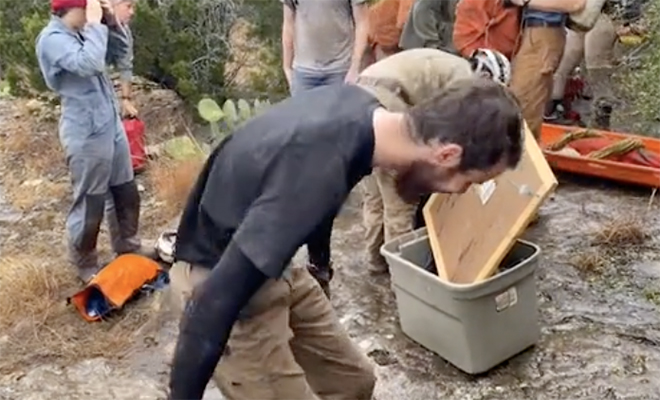 The video with the tiny gap was just recorded on one of the training missions. In caves, search teams often have to overcome moments with such narrow outlets. Ethan in the video acts quickly and without hesitation. He slides his feet into the hole, then leans on his hands and begins to push himself down. 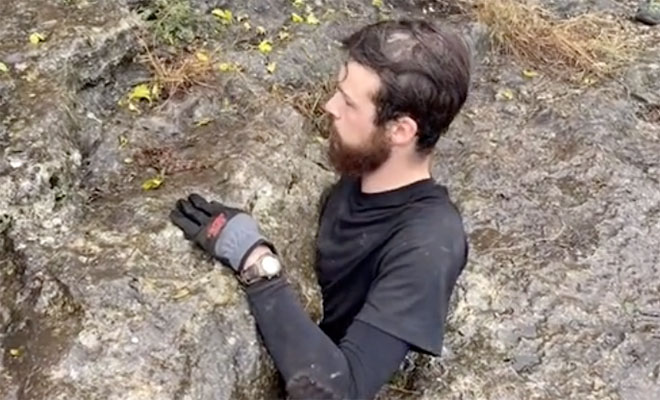 The hole is so small that he has to lower his shoulders in turn, and his head generally passes by a miracle. The caver’s video scored about 27 million views: Only a trained person with experience can repeat such experiments. Speleology does not like jokes.

Previous Watermelon-sized lemon found on a tree in Australia.
Next The parrot has learned to distinguish between different objects and now throws out the garbage and fills the piggy bank with change: video